PHOENIX, ARIZONA - JANUARY 07: De'Aaron Fox #5 of the Sacramento Kings during the NBA game against the Phoenix Suns at Talking Stick Resort Arena on January 07, 2020 in Phoenix, Arizona. The Kings defeated the Suns 114-103. The Kings defeated the Suns 114-103. NOTE TO USER: User expressly acknowledges and agrees that, by downloading and or using this photograph, user is consenting to the terms and conditions of the Getty Images License Agreement. Mandatory Copyright Notice: Copyright 2020 NBAE. (Photo by Christian Petersen/Getty Images)

The Sacramento Kings will play host to the Orlando Magic in tonight’s game, a team that they have won five straight games against.

Things have gone from bad to worse for the Sacramento Kings as they have been bitten badly by the injury bug.

For tonight’s game against the Orlando Magic, there are six Kings players listed on the injury report, easily their highest of the season. There are the lingering injuries to Bogdan Bogdanovic and Marvin Bagley, but the breaking news on Sunday afternoon came at the expense of Richaun Holmes.

The undisputed MVP of the first half of the season for Sacramento, Holmes injured his shoulder against the Warriors on December 6th and hasn’t played since. After undergoing further imaging, it was revealed that there was an injury in his right shoulder joint and that he would be re-evaluated in 2-3 weeks.

This is a serious blow to Sacramento’s dwindling playoff hopes, as Holmes has been the only consistent player on the roster this season. The team is hoping that Bagley will be ready to make his return on Monday, which would give the Kings some added depth up front. If he is a no-go, get ready for heavy doses of Harry Giles and Dewayne Dedmon.

Here’s what you need to know about tonight’s contest:

(Courtesy of the Action Network) 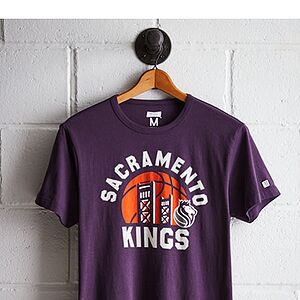 Whoever is healthy and available to take the court.

Next: Bogdanovic For Myles Turner?

A prediction is heavily contingent on who plays and who doesn’t. But we’ll go with: